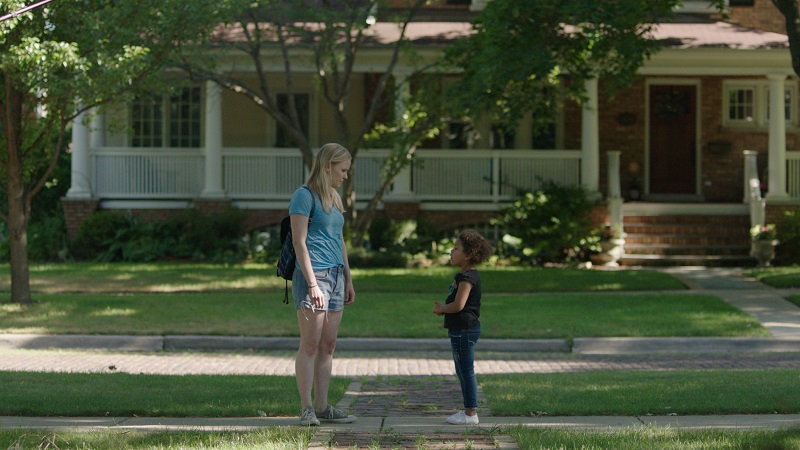 Pietro Marcello’s stylish adaptation of Jack London’s legendary novel Martin Eden is the kind of European art film that draws attention at film festivals and then is usually given a great chance to attract audiences the following spring. Due to COVID, that couldn’t happen despite the film’s acclaimed appearances at  the 2019 Venice and TIFF festivals, where it won the prestigious Platform Prize in Toronto and garnered the Best Actor prize for Luca Marinelli in Italy (Volpi Cup, Venice). Now, it will be streaming at TIFF’s virtual cinema, where it will hopefully get some deserved attention from discerning audiences.

Evocative of films like Bertolucci’s 1900 and Antonioni’s The Passenger, Martin Eden is set in Southern Italy at an indeterminate time that is roughly reminiscent of the 1970s. Like the novel, it’s the story of a poor uneducated young sailor, who decides to better himself through reading voraciously, learning manners and grammar and deciding to become a writer. Through the first half of the story, Eden cuts a tough, romantic figure as he slowly wins over the affections of Elena, the beautiful aristocratic daughter of the Orsini family while improving himself intellectually. The rest of the tale proves far more problematic as Eden, finally successful as a writer, surprisingly becomes an advocate for Social Darwinist philosopher Herbert Spencer, who is most famous for believing in the “survival of the fittest.” This leaves Eden unmoored, as the harshly realistic prose he writes about the working class should make him a Socialist, which he’s not, cutting away his main source of support while, of course, the upper class—the rest of the Orsinis and their friends—will always look down on him as a figure born from poverty.

When London wrote Martin Eden in the early part of the 20th century—it was published in 1909—when Spencer had just died and his philosophy was being debated in cerebral circles around the world. Now, of course, it’s long since been dismissed, though it surely had an impact on the growth of Fascism. Perhaps that’s why Marcello wanted to work with a protagonist, who espouses the individual, not the group: it surely has resonance in the land where Mussolini, who started off as a journalist, once reigned. And it is fascinating that a novel set in Oakland, California can work so well in Naples many decades later: it shows that the class system still operates everywhere and that the systems that delimit our existences don’t have to change much to be effective. But it’s clear that Eden has fallen in love with the wrong philosophy and has trapped himself into an intellectual dead end.

While the ideas in Martin Eden aren’t particularly intriguing or controversial, the film has many strengths. Marcello has created a film with a broad sweep, showing the teeming streets where the poor live and the immense grounds and spacious interiors of the rich while conveying the feeling of a life spent in factories and on the sea. His use of archival footage of ships and workers strikes offers a sense of timelessness to the drama. The acting is excellent throughout, led by a top notch star turn by Luca Marinelli as the handsome and charismatic Martin Eden. This is a film with gravitas and historical sweep to it; though not perfect by any means, it’s a reminder of how very good art-house cinema can be.

Like Martin Eden, Saint Frances is the kind of festival film that might have appeared in  commercial release in the spring had the pandemic not intervened. Now that the winner of the Audience Award at the 2019 South by Southwest festival is available on VOD (video on demand), Canadians will be able to see this raw, funny tale of the relationship between Bridget, a 34-year-old nanny and Frannie, the unique 6-year-old she takes care of, for a summer. Despite a male director helming the film, it feels like a totally female-centric project, made with insight and comic care.

One doesn’t watch a film like Saint Frances expecting to see a complex plot unfold. Scriptwriter and actor Kelly O’Sullivan, who plays Bridget, takes us through the life of a 30-something trying to find herself while adjusting to being a nanny. Well, that’s not all. As the story starts, Bridget casually meets Jace, gets pregnant and has an abortion. Jace turns out to be a nice guy, who stands by her and wants to talk about emotions, which Bridget is unprepared to do. She’s drifting, going from one thing into another, unsure of herself or what she should do.

Bridget doesn’t particularly like children but being a nanny feels like something new, so she tries it out. Pretty quickly, she finds herself dealing with a complex family: Frannie’s parents are her Black biological mom, Annie and Latinx “mama” Maya, who has recently had a baby boy. Maya is perpetually exhausted and Annie is frustrated at the whole situation, leaving Bridget to experience a summer with funny, willful Frannie. That they do, with visits at the library, the pool and the playgrounds offering moments of humour, tears and understanding.

In a key scene, Bridget, Frances, Maya and her baby boy go to a fireworks celebration in a park. There, Maya is yelled at by a woman for breastfeeding her child; Bridget takes her on, claiming that she’s the lesbian partner and defending Maya’s right to take care of her boy. Frannie, wise at 6, calms down the adults, allowing everyone to retreat quietly. During that scene, we see how much responsibility Bridget has taken on as has Frannie. They’ve both grown up during the summer.

The beauty of Saint Frances is in watching the characters interact. Performance is the key to the film’s success and the team of Thompson and O’Sullivan have chosen wisely, not relying on famed names but simply on fine actors, who know how to fill in a person’s life in two minutes. Several of the actors have worked as part of the legendary Steppenwolf company, a mainstay for theatre in Chicago, the city where the film was made. They’re uniformly fine but the film wouldn’t work without Kelly O’Sullivan, who is the main creator of Saint Frances and Ramona Edith Williams, who is so winning as Frannie. Resisting being cute, this film is the real deal: a truly honest look at love and friendship and personal growth.