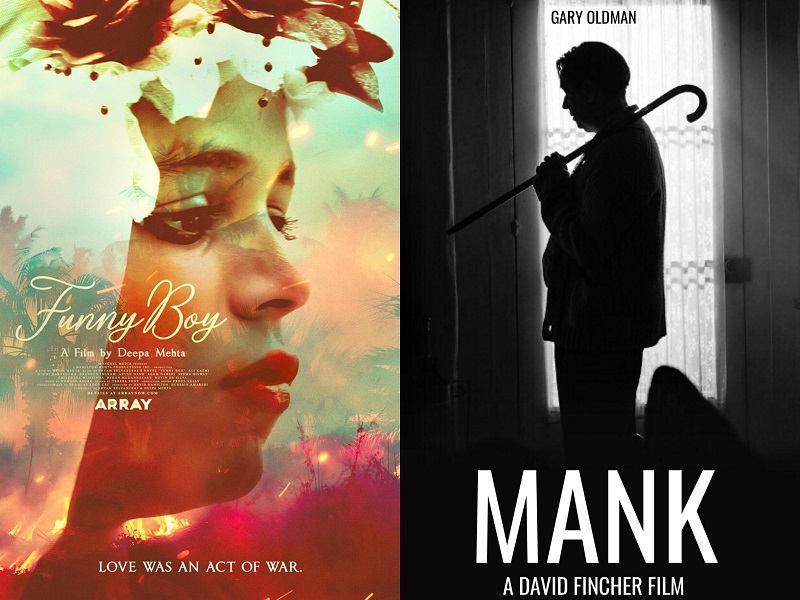 Deepa Mehta, director and co-script w/Shyam Selvadurai from his novel

Available on CBC and Gem; will be on Netflix internationally

The Canadian entry in the Oscar foreign film sweepstakes, Funny Boy is the kind of coming-of-age drama that will attract audiences both here and abroad. Based on an evocative set of linked short stories by Shyam Selvadurai, the narrative twists old fashioned Western literary norms in a way that is less surprising now than it was when the book was published in 1994. While it’s true that we follow Arjie as he grows from a “funny boy” to a good looking young man, his story of sexual awakening is as a gay adolescent while the setting is in post-colonial Sri Lanka, not in a European or North American country.

Just different enough to be appealing, Funny Boy is now poised to have a far wider viewership through Ava duVernay’s distribution company ARRAY and Netflix than it would have less than a decade ago. And thanks to Deepa Mehta, who always is interested in governmental matters, the film adroitly balances the personal and political.

As the film begins, we see that Arjie’s family is composed of rich Tamils living in Colombo, the country’s largest city, inhabited by a vast Sinhalese population like most of Sir Lanka. We follow Arjie at first as a lad playing “bride/bride” where he and a female cousin can both play dress up. When the adults discover the game, Arjie’s Amma and Appa are concerned, though his mother (Amma) is far more amenable to her son’s “funniness” than his father. Also defending him is his Aunty Radha, a free thinker, who has been educated in Canada and loves queer culture and the songs of Leonard Cohen. But when Radha falls for a Sinhalese boy, the family closes ranks and after an appalling attack against Tamils on a train, Arjie’s beloved Aunt agrees to be married to a Tamil.

This elegant though fear-inducing first part of Funny Boy offers us a glimpse into a dying colonial society that still speaks English, at least as an affectation, plays cricket and lovingly embraces the trappings of a now departed British culture. In part two, we’re in the early 80s and the British influence is still there when Arjie, now a teenager, spends a romantic time listening to the Bronski Beat and David Bowie with the very handsome Shehan, a Sinhalese classmate at their private school. Being gay is hip in London in the early 80s but not in Colombo, particularly if one is Tamil and the other Sinhalese. But that doesn’t stop them from falling in love in a series of beautiful though too brief scenes.

Funny Boy brings us to the events of Black July 1983 when the civil war between the Tamil Tigers and the Sinhalese military erupted. While we see and feel the violence that is about to transform the country, Deepa Mehta and Shyam Selvadurai don’t take us too far down that route. Instead, this Canadian film brings us to Toronto’s airport in a final scene.

Deepa Mehta brings her knowledge of Sri Lanka, a country where she has shot Water and Midnight’s Children to Funny Boy while Selvadurai, who was raised on the island, has a special understanding of the people and locale.  There has been controversy surrounding the selection of non-Tamil actors for much of the film’s cast, but it seems that re-recording of voices has stilled most complaints. It’s a pleasure to recommend Funny Boy, a film of tolerance and humanity, in this holiday season. And it could win an Oscar. You can never tell.

There’s so much to like about Mank that it’s as annoying as the storied scriptwriter to admit to being disappointed by the film. David Fincher’s father Jack had a great idea for a tale of old Hollywood by wrapping a mystery into another conundrum. As most everyone knows, the acclaimed and, at the time, controversial Citizen Kane pondered the question: why did the dying billionaire call out “Rosebud” before he died? In Fincher’s script, the query becomes: why did the witty scenarist Herman “Mank” Mankiewicz choose to betray the rich and powerful newspaper magnate William Randolph Hearst and his lover, the former star Marion Davies by writing Citizen Kane with Orson Welles?

Like Citizen Kane, Mank spends a good deal of time avoiding the main question while showing us how the screenwriter achieved his fame and then betrayed it. It’s in some of those tales that Fincher may have gone wrong, too. Early on, he sets up Mank as the king of kings, the funniest of the scriptwriters, by inviting the neophyte Charles Lederer into a room where Ben Hecht, S.J. Perelman, Charles MacArthur and other absolutely top rate scenarists are present. When they’re called into a meeting with the sophisticated and writer friendly producer David O. Selznick and auteur director Joseph von Sternberg, the writers are asked to imagine a plot for the elegant Paramount of the early 30s. What do they come up with? A ragged unfunny pastiche of a horror movie plot that might have passed muster at Universal. Why?

The devil is in the details. Hecht and MacArthur were far wittier than what we see in that scene. If you don’t laugh and scenes don’t feel true, it becomes difficult to believe in the film. This happens again and again in Mank. In a scene that takes place in 1940, Mank refers to the integrity of Nelson Algren, who didn’t score a literary success until after World War Two. I know, I’m a nerd! But here’s the problem. Jack Fincher offers a reason for Mank’s betrayal of Hearst and Davies and it doesn’t ring true. While the famous socialist writer Upton Sinclair did run for Governor of California in 1934, and the Hollywood establishment including Hearst worked to stop him, there’s no evidence that Mank supported his populist cause. It’s rather like Rosebud. Does anyone over the age of 15 believe that the mystery of Charles Foster Kane’s existence is inextricably bound with a sled he lost, along with his innocence, when he was a boy?

The better part of Mank, like that of Citizen Kane, is in the rest of the film. Here, David Fincher is on solid ground. His choice of shooting Mank in black and white works resoundingly well: it recreates the era and places the alcoholic Mankiewicz in a shadowy environment that matches his mental state. Hollywood is evoked wonderfully well in scenes set in studios that feel authentic for that period’s Golden Age. Hearst’s bizarre San Simeon mansion—Xanadu in Citizen Kane-is eerily brought to life in a sequence where Marion Davies and Mankiewicz wander into the zoo and encounter the animals. Much of the casting is well done, especially Gary Oldman (too old but remarkable) as Mank and Amanda Seyfried as Davies.

A good part of Mank takes place in Victorville, California, where the scenarist is sent by Welles to dry out and write the script while recovering from an automobile accident. Fincher stages the scenes in this claustrophobic environment quite well. You get a sense of Mank’s frustration as he desperately tries to write without alcohol. During that time, he develops a funny relationship with his secretary Rita Alexander (Lily Collins), in scenes that are more heartfelt than anything else in the film.

The other mystery in Mank is: who wrote Citizen Kane? A favourite topic for many film aficionados, the controversy is nearly 50 years old. New Yorker critic Pauline Kael passionately and brilliantly proposed that Mankiewicz was the true author of Kane while filmmaker-critic Peter Bogdanovich has always held that Welles was the true auteur in every respect. Jack Fincher clearly was in the Kael camp and it’s clear that many contemporary critics still agree with her.

It might feel too Canadian to suggest that the script, the only Oscar winner for Citizen Kane, was indeed a collaboration. There’s no doubt, though, that the Finchers have finally raised Herman Mankiewicz’s profile to a height it’s never been before. Whether or not he penned Citizen Kane alone, it seems that Mank has finally become a star decades after his demise. Hooray for Hollywood, or at least Netflix, for making that happen.