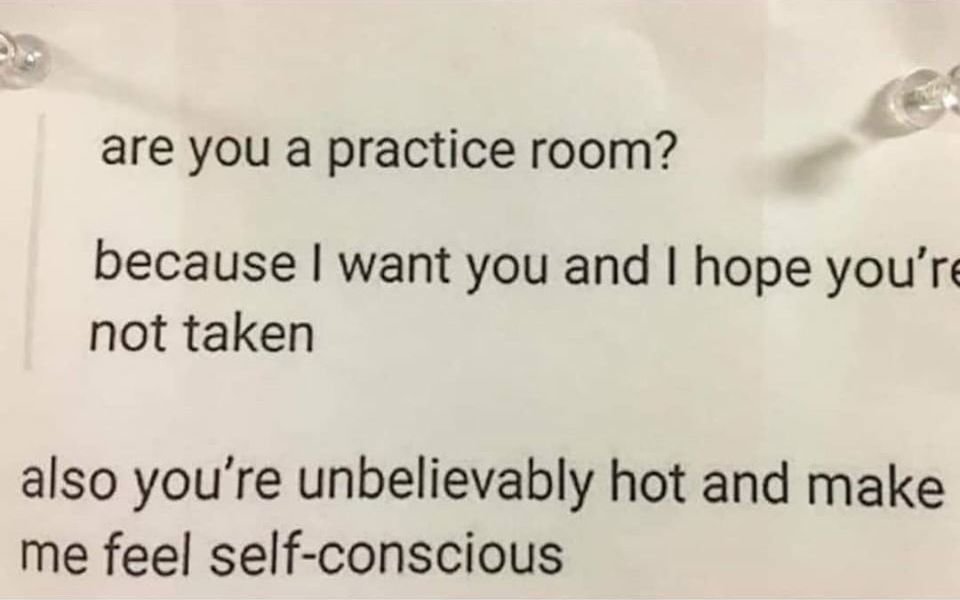 Seeing this meme triggered all sort of neurotic student flashbacks. If you studied in a music school or conservatory, you may identify. When I was a music major at UBC, there was a day for us to sign up for reserved practise rooms, held through April. If you failed to turn up after 15 minutes, it was free for anyone to use. Later in the day, all rooms and unlocked classrooms were up for grabs. When I was focussed on piano studies, I didn’t care where I practised – I was more interested in nailing a room with a specific piano I liked. Sometimes at night, you’d see two pianists approaching the same room and they’d burst into a sprint to be the first to nab one of the rare grand pianos (like the Chickering!) available.

Everything changed when I switched to voice. I was not a gifted singer by any stretch, but I enjoyed choir so much that I switched my concentration from piano to voice as I simply wanted to get better at singing. I was completely out of my comfort zone. I found out I wasn’t allowed to sing Billie Holiday or Judy Garland show tunes. I had to sing Schubert, Brahms, and songs out of that dreaded 24 Italian Song and Arias book. After years of staring down a keyboard and having the piano to blame for my problems, I was horrified to discover I had to sing in noon-hour student recitals, once per term, this time staring down an audience of classmates eating their sandwiches. It was as horrifying for them as it was for me. The only way I coped was to remove my contact lenses so I couldn’t see anybody.

The prep for these student recitals became more crucial as I grappled with learning to sing. It was imperative I find a room as far away from people as possible. Most practise rooms were located by everybody’s lockers where we all sat on the floor hanging out. I couldn’t do lip trills or other experimental siren noises there. As a frustrated alto trying to become a not-awful mezzo, I had to work on expanding my upper ranges, and it wasn’t pretty. I discovered practise rooms on the ground level behind the administrative offices, which lead nowhere – meaning nobody was walking up and down that small hallway. There were no lockers either, so people weren’t lingering. PERFECT! That’s where I’d make my strangled cat noises.

The UBC Music Building practise rooms were very small, with no windows, and we were convinced the air hadn’t been circulated since 1968, when the school was built. I always dressed in layers, knowing I’d be stripping down to practise in an undershirt – those small rooms got really hot especially when you’re labouring away, no matter what instrument you were trying to master. The acoustics were completely unforgiving – flat and compressed. The self-consciousness was real.

Having said all that …. it’s a beautiful thing to walk through the hallways of a music school, hearing snippets of music emerge from various rooms. You’ll hear some students practising out of obligation, usually parts required in some ensemble piece. Others play with stars in their eyes, practising solo parts for the whole hallway to hear. It was such a shock when I once cut through a science building on campus. It was ghostly silent, and if anyone was battling neurosis, I couldn’t tell. I’m glad I got to work out my neuroses via music.

Liz Parker is the Digital Content Editor for The New Classical FM, a piano teacher, and occasional stylist for musician photo shoots. She loves food.  Got a story idea? [email protected] 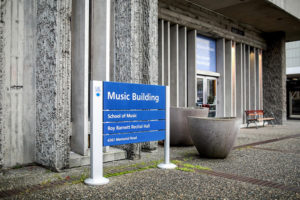