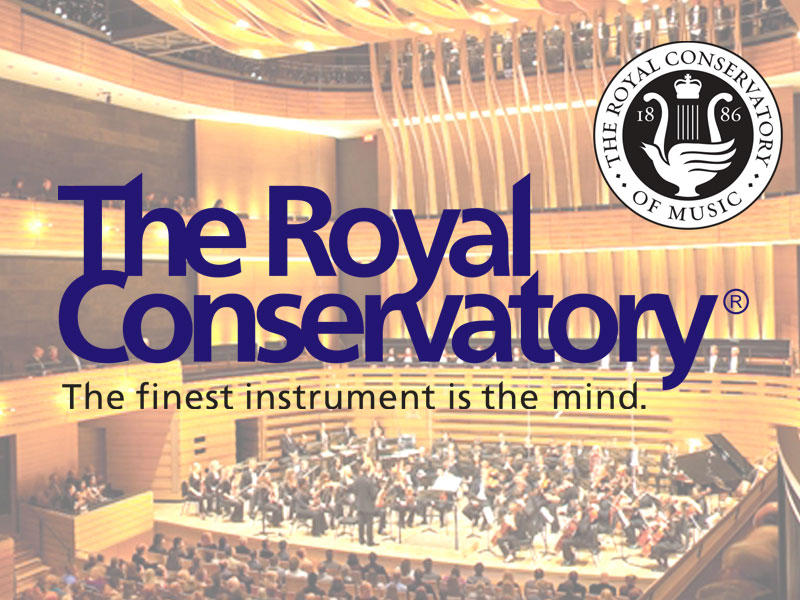 The New Classical FM is proud to be an official radio sponsor of The Royal Conservatory of Music’s Live Life Now, Live Music Again @ Koerner Hall including these exciting concerts!

One of George Frideric Handel’s most celebrated operas, Rinaldo is a story of love, war, and redemption, originally set at the time of the First Crusade in a magical world inhabited by kings, furies, dragons, and magicians. The beauty of Handel’s score still enthralls 300 years after it was composed. What hasn’t survived are the outdated ideas of the superiority of the Christian world over other beliefs. In this production, the time frame has been transported to a classic “Once upon a time . . . ” world where the struggle becomes that of Good vs Evil, Light over Darkness. This allows for a more consistently magical universe where anything is possible and provides an enthralling frame for the beauty of Handel’s enduring score.

Known for his passionate artistry and engaging stage presence,Canadian pianist (and RCM alum) Jon Kimura Parker is “insightful, energetic” (The New York Times), with “absolutely top-notch music-making, as fine as one could ever expect to hear” (Washington Post).

The great Latvian cellist is joined by his son Sascha Maiksy, a violinist, and his daughter Lily Maisky, a pianist, to perform works by Brahms, Schubert, Mendelssohn, and Clara Schumann.

The “ensemble is almost miraculous, the fragmentary lines passing between them so naturally that the music flows as I have never heard it before. Maisky’s virtuosic pizzicato draws a whole range of colours from his strings, and every phrase oozes eloquence” (The Strad).

Eve Egoyan performs the world premieres of Works for Augmented and Acoustic Piano, which she created for a newly imagined instrument that delves into the space between what a piano can do and what Eve has always wished a piano could do.

The core of these works is the live acoustic sound of the physical piano she is playing, but through the delicate intervention of technology, she tests (teases) the edges of the piano’s natural sound, ultimately pushing it beyond the familiar, through the impossible, and into the extraordinary.

Following her ground-breaking and award-winning global project, In War & Peace: Harmony Through Music, which reached over three million viewers worldwide, American mezzo-soprano Joyce DiDonato now presents her next great passion. Eden explores the majesty, might, and mystery of nature through both arresting and evocative music and theatrical effects. DiDonato takes us on an emotional journey to reconnect to the power and fragility of nature, exploring our place within the kaleidoscopic, wondrous world around us.

Joined by the original instrument ensemble Il Pomo d’Oro and Maxim Emelyanychev, as well as the French stage director Marie Lambert, she performs a wide-ranging program cycling from Handel to Ives and Glück to Mahler, inviting the audience to consider their own place in the world, and perhaps to even change it.

Jazz From Around the World: Japan and South Korea

Japanese jazz and classical pianist Makoto Ozone has performed with Chick Corea, Branford Marsalis, and was a favourite of Oscar Peterson. He founded the group No Name Horses, hosts a jazz radio program, and writes music for live theatre and TV.

“The astonishing Seoul-born singer Youn Sun Nah … [is] a discreet, diminutive vocal giant.” (The Guardian) “Youn Sun Nah is “a UFO touching the universe of music with a magnificent voice and passionate originality” (Le Monde). Her guitarist is the great Swede, Ulf Wakenius, who was a member of Oscar’s quartet for over a decade.

Presented in partnership with The Oscar Peterson International Jazz Festival.

The Oscar Peterson International Jazz Festival takes place over three concerts and includes the Canadian Jazz Master Awards, lifetime achievement accolades given to two prominent Canadian jazz musicians, one living and one posthumously. Two of the concerts take place in Koerner Hall with some artists dear to Oscar, such as Makoto Ozone, Ulf Wakenius, and Christian McBride.

For four decades, legendary pianist Ivo Pogorelich’s innovative and highly suggestive interpretations have served to broaden the understanding and experience of pianistic literature.

This concert was originally scheduled for February 26, 2021 at 8pm ET.

Johannes Debus has been Music Director of the Canadian Opera Company since 2009, having been appointed immediately following his debut

Part of the Temerty Orchestral Program at The Glenn Gould School (GGS), the Royal Conservatory Orchestra (RCO) is widely regarded as an outstanding ensemble and one of the best training orchestras in North America. It consists of instrumental students in the undergraduate and graduate programs of The Glenn Gould School. Graduates of the RCO have joined the ranks of the greatest orchestras in the world.

Making their Toronto debuts, British brother and sister duo, cellist Sheku Kanneh-Mason and pianist Isata Kanneh-Mason, will perform works by Beethoven, Shostakovich, and Britten. Isata Kanneh-Mason’s debut album, Romance, entered the UK classical charts at No. 1 when it was released in 2019. Gramophone described the recording of Clara Schumann compositions as “one of the most charming and engaging debuts.” Sheku Kanneh-Mason won the 2016 BBC Young Musician award – the first Black musician to ever win the competition. He played at the wedding of Prince Harry and Meghan Markle in 2018, and has performed with symphonies around the world. Sheku was appointed a member of the Most Excellent Order of the British Empire in the 2020 New Year Honours.

This concert was originally scheduled for Sunday, March 7, 2021.

Internationally acclaimed Swedish mezzo-soprano Anne Sofie von Otter “possesses one of the most flexible and natural vocal instruments of any living artist” (Opera Now), with a career spanning more than three decades at the very top of her profession in opera, concert, and recital. Her double CD, Douce France, on Naïve Classique, was awarded the 2015 Grammy Award for Best Classical Solo Vocal Album.

Austrian pianist Christoph Berner’s enormous stylistic spectrum and musical versatility is shown to audiences and critics alike in his impressive discography over the past few years.

With a career spanning over 30 years as a soloist, chamber musician, recording artist, conductor, and director, Joshua Bell is one of the most celebrated violinists of his era.