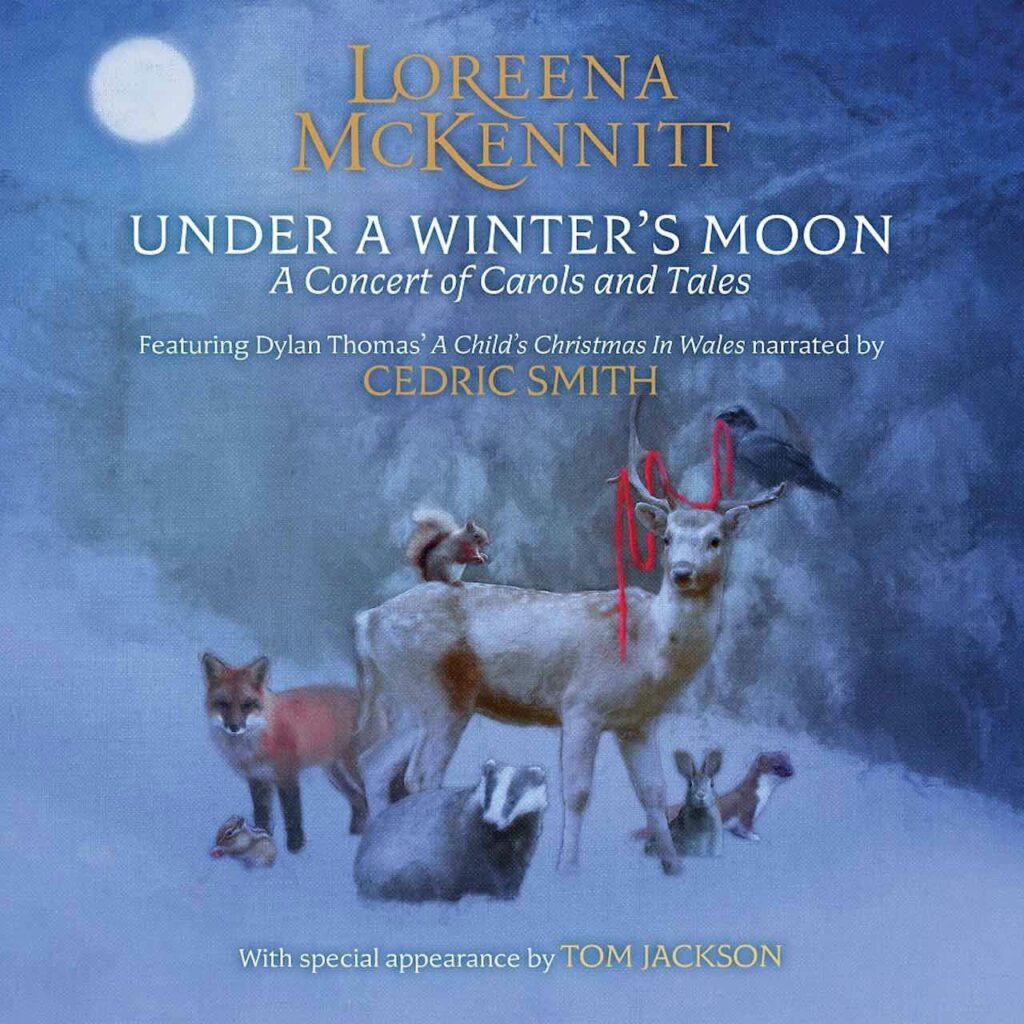 A series of seasonal concerts were held in a historic sanctuary in Loreena’s home base of Stratford, Ontario, Canada in December 2021 and recorded live. She’s now releasing that magical concert as her 16th album, entitled Under A Winter’s Moon – with a two-week companion tour of Ontario set to launch in early December, 2022.

It is a captivating live performance rich with a miscellany of carols and tales that incorporates McKennitt’s eclectic Celtic sound with elements of Indigenous oral traditions. It offers both a connection to the past and a link to the spirit of the season, which continue to weave us together today and beyond.

The evening will feature such favourites as “Coventry Carol”, “Good King Wenceslas” and the “Huron Carol” and include a special appearance by Ojibway artist and flautist Jeffrey ‘Red’ George. The second set embodies Gemini Award-winning actor Cedric Smith with a reading of, A Child’s Christmas in Wales (in six parts). It is a moving and nostalgic piece of prose by the late Welsh poet Dylan Thomas.

The eight-city Under A Winter’s Moon Tour launches Dec. 2 in Stratford. The original seasonal concert will be re-staged with its original musicians and narrators.

They’ll be taking the concert to seven other Ontario cities, including London, Guelph, Hamilton, Toronto, Peterborough and Kingston, wrapping up in Ottawa Dec. 17.

Loreena will be accompanied by Caroline Lavelle on cello and recorders, Graham Hargrove on percussion, Errol Fischer on fiddle, Pete Watson on guitar and 12-string bouzouki, and Cait Watson on Irish whistle.

For tickets and more information, head to www.eventbrite.ca/e/under-a-winters-moon-stratford-tickets