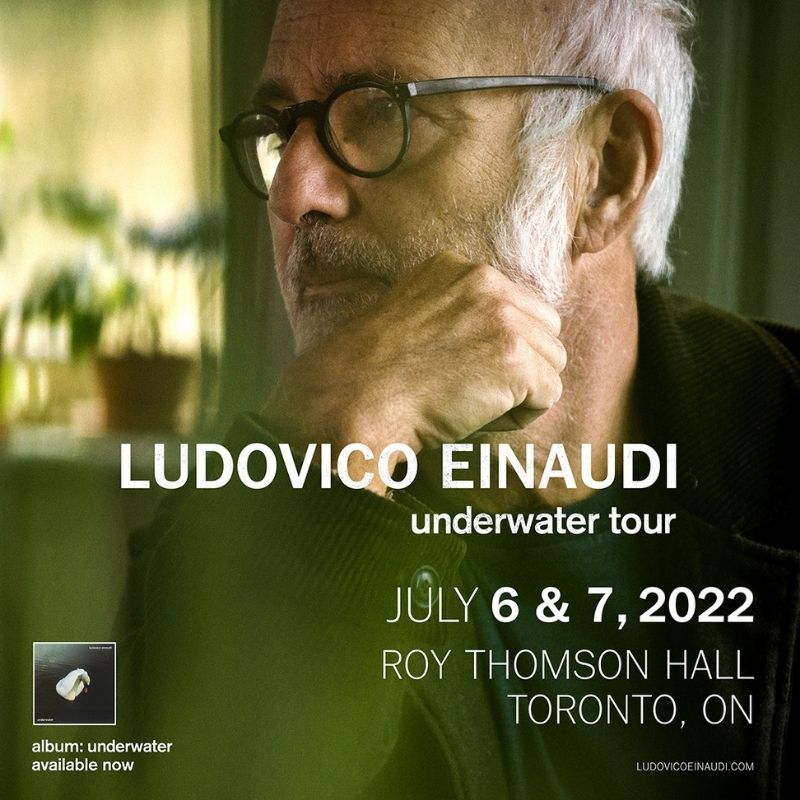 Fresh from this year’s triumph of the ‘Nomadland’ & ‘The Father’ soundtracks, Ludovico Einaudi will also release his first new solo piano album in 20 years, Underwater, on January 21st via DECCA  Records. Underwater was born in lockdown, utilising the rare opportunity for songwriting in its purest and most intimate form: just Einaudi and his piano. Underwater features 12 transcendent solo piano tracks, beautifully showcasing his unmistakable sound with the album artwork showcasing one of Einaudi’s own photographs.

Get your tickets at ticketmaster.com