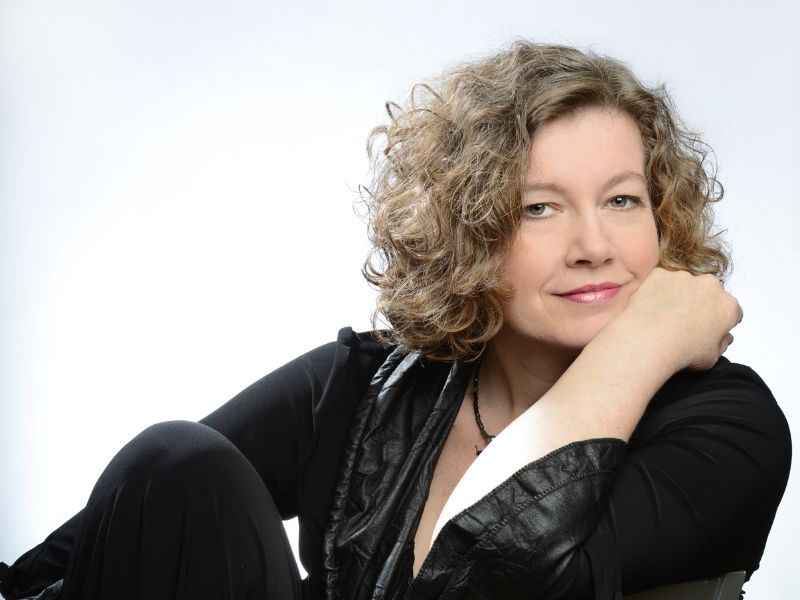 Adi Braun has a long list of cabaret, concert and theatre successes to her credit. She has performed in every major jazz and concert venue in Toronto, has toured Canada, the United States, and Europe. Adi is currently in the studio recording her sixth CD “I CONCENTRATE ON YOU – Adi Braun sings the Cole Porter Songbook”. This tribute to Cole Porter follows her previously celebrated recordings Moderne Frau – Modern Woman (2017), a tribute to the music of Weimar Cabaret, Canadian Scenes I (2010); Live at the Metropolitan Room (2007); The Rules of the Game (2006); and Delishious (2003).

Born in Toronto, Adi Braun grew up in Europe surrounded by music and musicians. Her parents were opera singers. Her late father, Victor Braun, and her brother, Russell Braun are two of Canada’s leading baritones. Adi studied piano from the age of six and following family tradition, trained classically at the Royal Conservatory of Music and the University of Toronto’s Faculty of Music. She began her singing career as a classical recitalist, a soloist with orchestra, and on-stage in operas and operettas, including with Toronto Operetta Theatre and Opera Atelier.

Adi started “singing sideways” in the late 90’s and returned to the music she loves, which she calls “cabarazz”, drawing on aspects from both cabaret and jazz. Adi’s repertoire ranges from The Great American Songbook, to European cabaret, to contemporary songs by such Canadian legends as Shirley Eikhard and Gordon Lightfoot, as well as her own originals.

In addition to her performing, Adi has taught and coached German Diction at the Royal Conservatory of Music’s Glenn Gould School and the Canadian Opera Company. Adi frequently speaks on topics related to Weimar Cabaret.

Adi is thrilled to be joining Jean Stilwell on Classical Mornings!