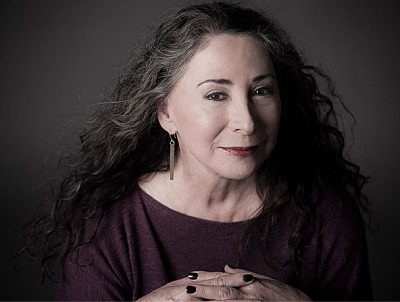 Marilyn Lightstone, one of Canada’s most respected actresses, is known for her moving performances on stage, screen, and television.

Among her accolades in film are a Genie Award for Best Actress for Lies My Father Told Me; a Genie Award for Best Supporting Actress for In Praise of Older Women; and a Best Actress Award at the Moscow International Film Festival for The Tin Flute. On television, she is internationally recognized for her performance as Miss Stacey in the two Anne of Green Gables mini-series, as well as in the spinoff series, Road to Avonlea, and has also made guest appearances on such network series as Cheers, Cagney and Lacey, Street Legal, E.N.G., and many, many others. Among her many stage roles are Goneril in King Lear at the Lincoln Centre in New York opposite Lee J. Cobb; Masha in Chekov’s The Seagull at the Stratford Festival; the title role in the one woman show Miss Margarida; and Leah in The Dybbuk, winner of a Los Angeles Drama Critics Award as Best Production. She was also part of the original Los Angeles and New York casts of Tamara, the participatory, interactive theatrical phenomenon that played for long runs and to rave reviews.

In addition to extensive radio drama work, voice-overs and commercials, and hundreds of voices for animated cartoons, she has written scripts for The Littlest Hobo and The Colours of Love.

“The Light Shines All Over the World,” her interfaith song for the holiday season, has been performed by a number of church choirs, and was released as a music video, playing annually on MuchMusic, MuchMoreMusic, Bravo!, Vision, and – of course – on the New Classical 96.3FM. She has also written a collection of songs entitled Miss Lightstone Sings, which she has performed in concert; and a novel, Rogues and Vagabonds, which was published in 2001; based largely on her training for, and work in, the acting profession.

Miss Lightstone was the founding “Voice” of Bravo!, Canada’s New Style Arts Channel, and has served as Associate Producer and co-Director of the channel’s Gemini Award-winning drama series, Spoken Art. Also for Bravo!, she has hosted Playwright
s and Screenwriters, a series of half-hour profiles. Currently, she is the Host Voice for The New Classical 96.3fm, and the Vision, Joy, and One television channels.

Miss Lightstone invites you to join her every evening from 11pm until 1am for Nocturne, a program of classical music, commentary and poetry, exclusively on THE NEW CLASSICAL 96.3 FM.