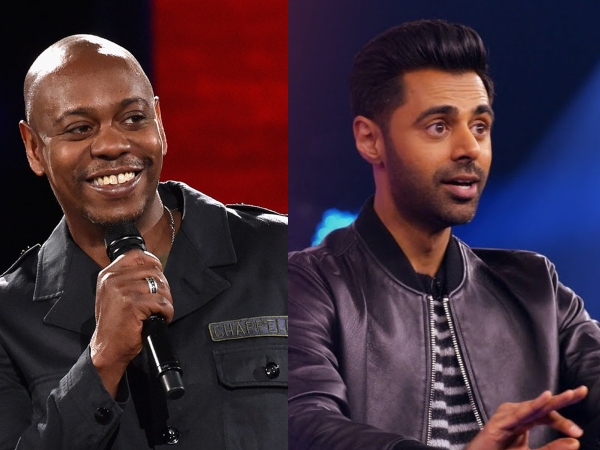 8:46
Dave Chappelle, performer and writer
A special responding to the death of George Floyd
Netflix and YouTube

In this time of turbulence, with cries of “defund the police” echoing throughout North America while the COVID virus is still raging, surely we need comedy. That’s one thing television has always done well, starting with I Love Lucy and The Honeymooners to the Dick van Dyke and Mary Tyler Moore shows to Seinfeld and Friends. The intimacy of the small screen and our current close relationship to TV, whether on Netflix or HBO, remains one of the strengths of the medium. But comedy has changed a lot since the non-political coziness of earlier hits. Things are different now. The best comedy is no longer the equivalent of comfort food. While some comedies are still apolitical, many are not and the best mix humour with acute observations on what’s happening in our lives. 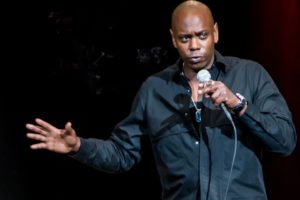 Quite a few comedians are responding to the death of George Floyd and the incredible rise of Black Lives Matter by putting out shows on the tragedy. Hasan Minhaj, the silver tongued American Muslim, came off the mark quickly with “We Cannot Stay Silent about George Floyd” on June 5 while the iconic Dave Chappelle released his “8:46”—the amount of time police officer Derek Chauvin kept his knee on Floyd’s throat, asphyxiating him to death–on June 12. Both Minhaj and Chappelle can be very funny but these shows are bitter and ironic. If they’re comedies, it’s through their sense of timing, which makes you understand harsh lines spoken effortlessly.

Chappelle’s performance is remarkable because of the conflicting emotions that ruled his response to the tragedy. Angered by CNN’s Don Lemon’s call to action after Floyd’s death, Chappelle clearly feels uncomfortable in his role as a Black celebrity expected to offer a clichéd statement about this overt act of racism. Always his own man—don’t forget that Chappelle walked away from $50 million when he quit his show in 2006—he has made a formidable and totally cranky show. Staged outdoors near his home in Ohio, he has created the first “comedy concert” show since the pandemic hit all of us. It’s eerie to see the audience attempt to react to him since their faces are covered with masks and the “new normal” crowd is somewhat socially distant from each other.

Chappelle strikes an odd figure on stage during this performance. With one hand on the microphone and the other holding a cigarette, he continually asks the audience if they are enjoying what he’s doing. Though he’s only 46, Chappelle takes on the elder statesman role, asserting that he’s happy to see young people in the driver’s seat for these protests. Most of the show is occupied with Chappelle recounting a litany of crimes against Blacks including John Crawford III, Michael Brown, and Trayvon Martin. Striking a passive aggressive tone, he lets us all know that he was there first, having offered tough questions to officially sanctioned deaths for decades. He does passionately talk about Floyd but in a weary tone. It’s a sad but intensely watchable document on how Chappelle feels: he’s seen it all. 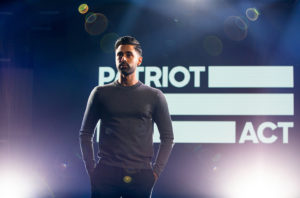 Hasan Minhaj is not the global phenomenon that Chappelle was in the Aughts. Like Stephen Colbert, John Oliver and Samantha Bee, Minhaj emerged from the intense current affairs comedy show The Daily Show, creating his own series that indicates what we’re confronting right now. Like Oliver, he creates constructed essays that use history and current events to get to his points while offering dollops of often silly humor to keep the audience interested.

Like Chappelle, Minhaj has something more personal to say about George Floyd and the U.S.’ history of systemic racism. As a Muslim whose parents were raised in India,  Minhaj identifies as an Asian. He uses the death of Floyd to demand that his fellow Asians show solidarity with Black Americans. Instead of understanding that Blacks are still the subject of rage for many parts of the American establishment, Minhaj claims that Asians are often casually racist and don’t care about a fellow minority. To them, Blacks should simply conform to the rules and not rock the boat.

Minhaj’s remarkable Floyd episode is a plea for tolerance and an attack on Asian-American communities, which are still reluctant to take on the federal government about its systemic racism. Though controversial, the show has been seen as a wake-up call to America’s diverse communities, asking them to rally together against injustice.

In the “new normal,” Hasan Minhaj and Dave Chappelle deliver huge audiences to Netflix while telling harsh truths about the world. We’ve come a long way from Lucille Ball and Jackie Gleason. Comedians may make us laugh less but they are respected far more.