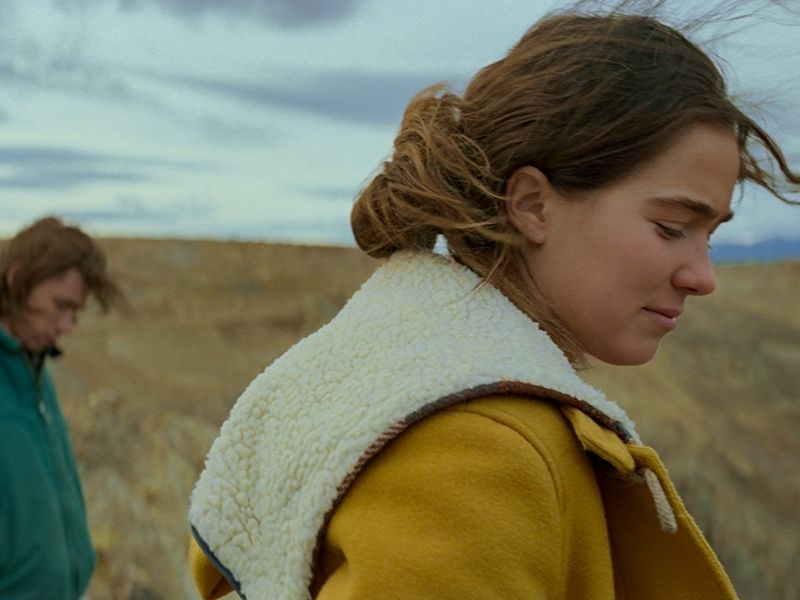 Despite COVID and a cutback on its famous parties and celebrities and cinema offerings, TIFF is still doing what it has always done best—show films that are not only worth seeing but may not be available widely after the festival. Sure, there have been some amazing glam moments: Jessica Chastain and Juliana Moore were here as was the Beeb, but the over-the-top audience response couldn’t match previous years.  Ultimately though, the festival, even in its present incarnation, is about the films, and many are well worth seeing.

Here are five, which I highly recommend.

Montana Story is a deeply affecting story of a brother and sister slowly coming to terms with themselves after their father suffers a terrifying stroke. The film, directed by the veteran independent duo of Scott McGehee and David Siegel, is about memory and emotions on one level but above, there are political considerations that are never directly addressed. As a teenaged radical, Erin (wonderfully played by Haley Lu Richardson) had written an article denouncing their lawyer father for his role in appropriating land for big corporations, ruining nature and disempowering the Indigenous population. Their father’s response, a brutal beating, has kept her away since that time. Now her younger brother Cal (Owen Teague) has to confront that memory and his own attempts to become a man after living with their father. A gorgeously shot film, the landscape of Montana, whose big sky and mountainous regions rival Alberta and parts of Saskatchewan, plays a huge part in a film made up of silences and secrets.

Lo Invisible is the first Ecuadorean feature film to play at the festival in two decades and it’s a quiet stunner. Anahi Hoeneisen, the scriptwriter and lead actor, plays Luisa (Lo), a beautiful and extremely wealthy woman, who nearly killed her baby in a fit of rage and post-partum depression. Back after three months, Luisa desperately tries to be normal but finds it impossible. Director Javier Andrade, Hoeneisen’s filmmaking partner, has combined with her to make Luisa a nearly silent figure, whose brutal identity crisis is played out amidst the high modernist architecture of her house. At times, the film reminds one of Antonioni’s early ‘60s masterpieces with Monica Vitti, particularly The Red Desert, where she plays a character who can’t recover from the trauma of a car accident. Beautifully acted and directed with admirable restraint, this film deserves to be seen by a wide, discerning audience.

Becoming Cousteau will eventually be seen by audiences at its producer National Geographic’s network, but the festival screenings are a rare opportunity to see the film on screen. And, quite frankly, TIFF audiences may not think of National Geographic when they decide to sample TV in the evenings. My hope is that many people see this gorgeous Liz Garbus documentary, which is replete with stunning footage of the great undersea explorer and inventor Jacques Cousteau, captured for decades—especially from the ‘50s to the ‘80s. Garbus, who has made remarkable films about Bobby Fischer, Marilyn Monroe and Nina Simone is the perfect director to investigate Cousteau’s persona and legacy. Totally focused on being in the sea, Cousteau reveals early on that swimming to him was like flying, which coupled with the gorgeous colours and creatures he saw beneath land’s surface, made it the preferable place to be throughout his lifetime. The film captures Cousteau’s perspective as he evolves from an adventurer to a conservationist while maintaining a family with his first wife Simone—the daughter or an Admiral whose two grandfathers were also Admirals—and after her death, his second wife Francine. While he admits in the archival footage to be a poor father, Cousteau’s four children and many of his grandchildren have continued his environmental legacy. Though there are conventional elements in a bio-doc on a famous person, Garbus has made a film with a point of view and brilliant footage. It’s well worth seeing.

Three Minutes—A Lengthening is a unique and powerful documentary based on home movie footage shot by David Kurtz in a Jewish shtetl (or village) in Poland near Ukraine in 1938. To a Jew (and I am one, from a Ukrainian family on both sides), we know what that means: nearly total annihilation when the Nazis conquered the region a year later. Directed by the Dutch filmmaker Bianca Stitger and coproduced by her acclaimed husband Steve McQueen (12 Years A Slave, Small Axe), the film is a brilliant essay on photography, time and necessarily, the Holocaust. The audience sees slightly more than three minutes of shots made in Kurtz’s grandfather’s shtetl, exactly as it would have been 50 years earlier. But we all know that would all change quickly. Most of the Jews were brutally sent on a train to another Jewish community in the winter of 1939. Three years later, they were taken to a concentration camp, where all but a very few perished. In the film, we see scenes of children on the main street, hilariously making a nuisance of themselves as Kurtz unsuccessfully tries to shoot the downtown buildings. We see lively kids, especially a feisty young girl, who forces her way into shot after shot. She would have been a great mother and grandmother—I speculate—if the Nazis hadn’t killed her as a young teen. Stitger’s film, which is rigorous, examines what photography gives us—a partial image of an otherwise unimaginable past—and our memory, now completely dominated by Holocaust imagery. Stitger’s film makes young people come alive for the last time.

A Night of Knowing Nothing is an avant-garde documentary set in India. What are the chances that Torontonians will see this film unless it’s at another festival? Payal Kapadia’s work is set in Modi’s increasingly Fascist and Hindu-centric India where the rights of students—and most people—are being reigned in dramatically. It did win the Best Documentary Prize at this year’s Cannes festival but that’s unlikely to turn this meditative imagistic hybrid film into a must-see feature for the doc audience. Kapadia is a graduate of the Film and Television Institute of India (FTII), where much of the film is set. A Night of Knowing Nothing is structured around a series of love letters between an unknown L and M, much like Chris Marker’s classic Sans Soleil. While the two recollect their affair, the film turns much of its focus to FTII’s protest against Modi and his policies. Inevitably, the film institute and the students run into opposition when a strike is declared against Modi. Stylishly made, mostly shown in an artistically rendered black and white, A Night of Knowing Nothing is an important political film hidden within its experimental style.