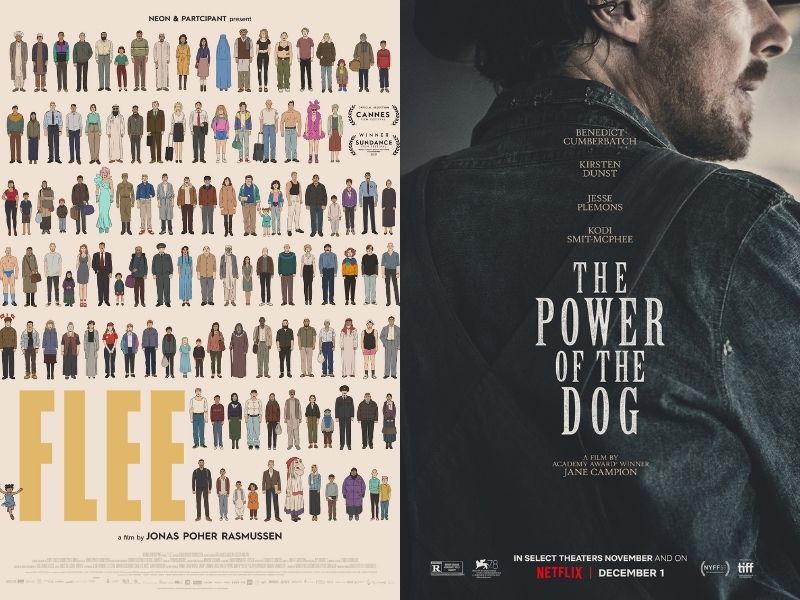 COVID has changed many things, not least of which are cultural events. Film festivals, book launches, opera premieres, opening nights at the theatre and so much else aren’t what they used to be—at least not yet. TIFF 2021, which concludes this Saturday, went from being an overwhelmingly popular festival to a hybrid: films were available online, but they were played at least once in theatres. There were even celebratory events, with stars like Benedict Cumberbatch, Jessica Chastain and Dionne Warwick walking the red carpet. But with seating capacities limited to 50% per cinema and films shown digitally, one didn’t encounter many crowds, and the exciting atmosphere of festivals past was missing. Will things be better next year? Only time and COVID variants will tell.

Although the number of film premieres was radically reduced and only slightly more than 100 features were screened, the programmers at TIFF came through with a range of good to excellent films in categories ranging from Docs to Wavelength’s avant-garde fare to Discovery’s range of first features and that favourite catch-call Contemporary World Cinema. The selection of films is far more inclusive now with a higher proportion of women, BIPOC and LDBTQ directors than ever before. The Land Acknowledgment for this year was beautifully produced by the NFB and TIFF to show ravishing shots from Indigenous icon Alanis Obomsawin’s recent films respectfully voiced over by the festival directors Cameron Bailey and Joana Vicente. Obomsawin was also the subject of a lovely retrospective curated by Jason Ryle with assistance from Bailey.

Flee is that rarity, an animated documentary, set in contemporary Denmark. The film beautifully combines truly artistic drawn imagery with a remarkable rendering of the devastating life (so far) of Amin Nawabi, whose true name and those of his family and friends can’t be used for fear of reprisal. Nawabi was only a child in the early ‘90s when his mother arranged for everyone in their family to leave Afghanistan after their father “disappeared.” Life in Moscow, where they temporarily established themselves, proved to be fraught and dealings with the corrupt police. It takes years—and many stories—before Amin finds a true home in Copenhagen with the rest of his family scattered across Europe. Told through memories elicited on a psychologist’s couch, Flee is a brilliant character study, a tale of appalling adventures and a wickedly harsh depiction of what it’s like to be dispossessed of your home and family.

Drunken Birds, Ivan Grbovic’s new film from Quebec, (and whose producers worked separately on Roma and Incendies), raises elemental questions about home and identity, while spinning out a deliberately fantastic melodrama.  Stylishly shot and co-written by Sara Mishara, it focuses on Willy, a true romantic, who escaped a drug cartel and persuaded the overlord’s mistress Marlena to depart, too. Three years later, Willy is in Quebec, working on a vegetable farm, while trying to hunt her down. The contrast between the dignity of the Mexican workers and their patronizing and occasionally brutal Quebecois farm owners is readily apparent. So is the tragically dysfunctional Quebec family, who are coming apart at the seams that summer. Made with brio and sophistication, Drunken Birds is one of the best Canadian films of the year, although its plot and dialogue could have been made more supple and ironic.

The Power of the Dog, Jane Campion’s first feature film in more than a decade, shows that she is still operating at her peak as a director. Set 100 years ago in the American West, the tale is that familiar epic: brother vs. brother after one marries someone the other actively disapproves. Mixing wealth, power and sexuality, the film sizzles with passion and repressed emotion. Campion’s star power helped to attract a stellar cast: Benedict Cumberbatch—Oscar bait as the ruthless Phil Burbank; Jesse Plemons, a bulwark as his understated brother George; Kirsten Dunst, still beautiful and now a character actress as George’s new wife Rose and as her angular, skinny laconic son, Peter, Kodi Smit-McPhee. Though the film is a Western and there are fights and horses and revolvers, Campion has fashioned a brilliant commentary on American violence—particularly about bullying and the unsettling power of homosexuality.