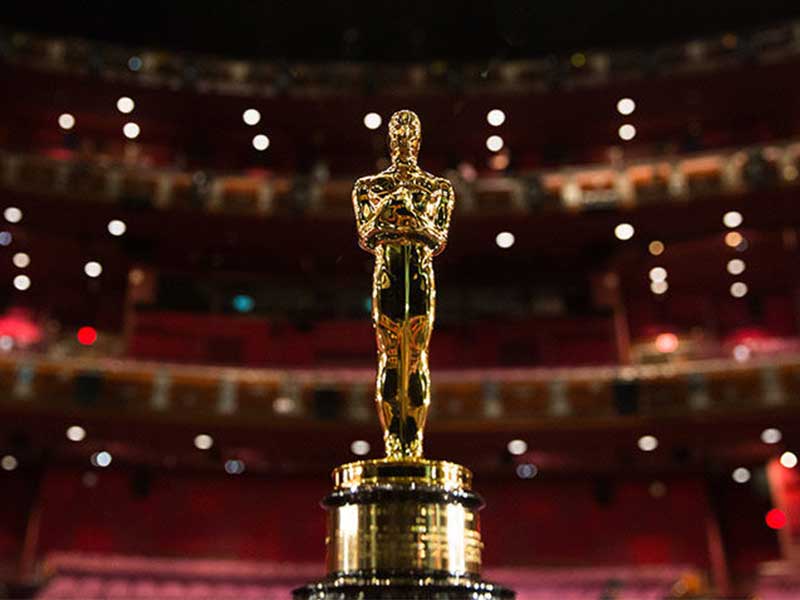 It’s the Oscars Part One

The always anticipated 94th annual Academy Awards will be taking place on Sunday, March 27 at the Hollywood’s Dolby Theater, where it will be televised live on ABC at 8pm EST in more than 200 territories around the world including, of course, Canada. In an attempt to claw back their ratings, which plummeted to record lows during the last COVID year, the Academy have brought in three very appealing hosts, Amy Schumer, Regina Hall and Wanda Sykes to hopefully provoke the blasé Hollywood crowd into having something resembling an exciting time. The lineup of guest presenters is impressive and includes Kevin Costner, Zoe Kravitz, Lady Gaga, Rosie Perez, Chris Rock, Daniel Kaluuya, Mila Kunis, Lupita Nyong’o, Wesley Snipes, Samuel L. Jackson, John Travolta, Sean “Diddy” Combs and Tyler Perry. And that’s just to name a few.

Since the only drama at the Oscar show each year has been the race to finish the ceremony in less than three hours, the Academy has made a controversial decision. Eight of the 23 awards will be pre-taped an hour in advance and edited into the show. That definitely will make the show shorter, but any sense of glamour will be gone from the following categories: the shorts in animation, documentary and live-action; makeup/hairstyling; sound: original score; production design and film editing. The irony that an editor will make the editing category fit in nicely into a short time frame is too obviously piquant.

What will the hosts talk about? One would hope that it will be about Ukraine. Wouldn’t it be nice if Zelensky were Zoomed in for a special presentation? After all, his best TV series is about to be broadcast on Netflix. More likely, the jokes will be about making films post-COVID—though that could be an imaginative leap on its own.

In any case, let’s get into the Oscars. Who will win? Who will lose? Here are some of my predictions. There will be more next week in such categories as Best Picture, Direction, Actresses (Leading and Supporting) and Documentary.

Actor in a Leading Role

Javier Bardem in BEING THE RICARDOS

Benedict Cumberbatch in THE POWER OF THE DOG

Will Smith in KING RICHARD

Denzel Washington in THE TRAGEDY OF MACBETH

Will Smith. This will be the culmination of Smith’s career. He’s never won an Oscar but has been a bankable star for decades. This is his best chance. As Richard Williams, the likeable, obsessive, fascinating father of black female tennis pioneers and legends Venus and Serena, Smith is brilliant. You see the man’s flaws but, above all, his immense love and pride in his daughters. He won’t let them fail—but, by the film’s end, you realize that they won’t let him fail. It’s an amazing family love story and Smith is absolutely persuasive in it. He’s already won the SAG, BAFTA, Critic’s Choice and Golden Globe Awards for his portrayal. Now he’ll win the Oscar.

Smith. But in another year, it could go to Denzel Washington, who gives Macbeth the quiet gravitas of a warrior who has made a fatal mistake but will play out the hand that he dealt himself. Slowly Shakespeare’s monologues down so that they’re easily comprehensible to modern audiences, Washington allows you to feel and understand this fascinating villain.

Actor in a Supporting Role

Jesse Plemons in THE POWER OF THE DOG

J.K. Simmons in BEING THE RICARDOS

Kodi Smit-McPhee in THE POWER OF THE DOG

Troy Kotsur. It’s almost too perfect. Kotsur plays Frank Rossi, the husband of Marlee Matlin’s Jackie in CODA, a film about Ruby (Emilia Jones), a hearing daughter of a family of deaf people, who wants to pursue a singing career. Kotsur is funny, angry, loving and believable as a fisherman with guts and determination who has to grow to accept and support his daughter. Kotsur has already won the BAFTA, SAG, Critic’s Choice and Independent Spirit Awards for his portrayal. Should he win, he’ll be the second deaf person to win an Oscar. The first? Matlin in Children of a Lesser God.

Kotsur. But in another year, how about the wonderful Ciaran Hinds whose portrayal of “Pop,” Buddy’s granddad in Belfast is funny, earthy and profoundly moving? Hinds is an actor’s actor, immensely persuasive in roles in theatre, television and cinema. I could go on and on about him: whether in Game of Thrones or Munich or any number of plays, Hinds has been brilliant.

Encanto. Talk about a film that has everything going for it. A great family story. Hispanic roots, when that means so much now. A tale about women, the most powerful (and the biggest conflict) between a heroic grandmother and a feisty granddaughter. A story about heart and love. Wonderful music—thank you Lin-Manuel Miranda. Can I say it again? Lin-Manuel Miranda. Lovely animation direction from Jared Bush and Byron Howard. Winner of the BAFTA and Golden Globe in animation. Disney (for better or worse, THE BRAND).

Flee. Sorry to be one of those grumpy critics but Flee is one of the best films ever made. The story of an Afghan refugee finding home—at last—in Denmark is intensely moving and very political, especially now. The animation isn’t as fancy as Encanto but it’s poetic and beautiful in its own way. In any other year, this is the winner in Animation. But not in the year of Encanto.

THE POWER OF THE DOG
Written by Jane Campion

The Power of the Dog. Campion has taken a very good novel by Thomas Savage and made it dramatic and cinematic. Don’t make a mistake: Savage may be unknown now but he was considered to be a fine literary practitioner in his day. The writing is almost outlandishly fun and precise for the period and Savage had a handle on dialogue. Campion has taken that literary facility and fashioned a well etched set of character studies of people who should never have been living in the same place at the same time. She’s made Savage’s story one for the ages and is certainly deserving of an award for direction—and maybe for script.

What Should Win: Drive My Car is an almost uncanny adaptation of Murakami, who is one of the finest writers in any language at any point in time. Yes, that’s right. To adapt Murakami properly is to adapt Tolstoy or Garcia Marquez or Kafka or Shakespeare. While not impossible, you have to raise your game as Verdi did in Otello or Peter Brook in The Mahabharata or Orson Welles in Falstaff. Murakami creates characters in an off-handed manner that’s almost impossible to replicate but Hamaguchi does so in this moving and brilliant script.

THE WORST PERSON IN THE WORLD
Written by Eskil Vogt, Joachim Trier

Richard Williams is an almost unworldly figure: a man of poor means who dreams of stardom for two of his daughters and makes it happen. There must have been a lot of pressure to make Richard into a character with few flaws and a strong faith, which would carry them through. Baylin’s script forces us to confront a difficult reality: Richard would do whatever was needed for his girls. And he did. Thanks to Baylin’s script, we understand “King Richard.”

No one who was there will forget Belfast during the early days of the “time of the troubles” in the early ‘70s. Branagh has crafted a heartfelt autobiographical tale of what happened to him and his family during that extraordinary period. He’s written a moving tale, one that anyone can understand, filled with love and family and emotion.

What Will Win: Cruella. Sometimes you feel that if someone doesn’t win an award, there is no justice in the world. That’s the case with Jenny Beavan and Cruella, a film about costumes and how someone is presented to the world.

What Should Win: Cruella but West Side Story could win. Maybe, but I doubt it.

THE QUEEN OF BASKETBALL
Ben Proudfoot

WHEN WE WERE BULLIES
Jay Rosenblatt

Lead Me Home. Being homeless is a condition affecting nearly a million people in North America. Over a quarter of a million live in such conditions in Canada, a country that we know experiences a deep and unforgiving winter. Though the weather is better, conditions of survival are tough in Los Angeles—and, really, anywhere in the world where one has no place to call home. A compassionate doc, Lead Me Home takes us into the lives of displaced people trying to find a centre, a place to be, in a harsh environment. It’s a film that makes you care—and maybe even cry.

When We Were Bullies. Jay Rosenblatt is one of the most innovative filmmakers in the world. He’s been making funny, moving and technically amazing shorts throughout his life—and too few people know it. In his new film, Rosenblatt takes us back to fifth grade, in New York of the by-gone past, when he and his friends bullied a kid who had angered their teacher. Using pictures, sound and old texts mixed with contemporary interviews, he recreates—and deconstructs–that terrifying tale. It’s a wonderful film—but voters won’t think it’s about an important subject. More’s the pity.

THE POWER OF THE DOG
Peter Sciberras

Dune. Joe Walker. This very smart big budget sci-fi thriller will win few awards. Joe Walker deserves to get one for Denis Villeneuve’s brilliant team. As anyone who has read the book or tried to watch the David Lynch version of the film, Dune is nearly impossible to turn into a coherent narrative. Walker has done his job to make the story exciting and involving on screen.

The Power of the Dog. Peter Sciberras. A potential winner. The narrative moves from scenes of dysfunctional domesticity to evocations of adventure in the West. Sciberras negotiates us through those very different sequences with panache.

The Eyes of Tammy Faye. This is likely an award for making Jessica Chastain into Tammy Faye Bakker. Either that or it’s for turning Emma Stone and Emma Thompson into two of the craziest women on the planet.

What Should Win. Cruella? If House of Gucci wins, I won’t be surprised. This is a category I never win.

THE POWER OF THE DOG
Jonny Greenwood

Hans Zimmer, Dune. He’s a master of orchestration and knows how to manipulate audiences and directors around the world. I am not a Zimmer fan but can recognize his appeal. Somehow, he has created a sonic universe that resembles that of Frank Herbert. Kudos.

Jonny Greenwood, The Power of the Dog.  One of the finest soundtracks I’ve ever heard in my life. Alex Ross in the New Yorker had a wonderful conversation with Greenwood about composing music that refers to Ligeti, Messiaen, and Berg. At one point, Greenwood admits that “It’s like Glenn Gould murmuring along with things.” Listen to it!

What Will Win? What Should Win?

The production design on all of these films is top notch. Maybe they should give the Oscar to all five. I had a coffee with Tamara Deverell 30 years ago and she was lovely and inspiring. So let’s me say that:

Nightmare Alley should win the Oscar.

The Tragedy of Macbeth for being over-the-top artistic.

THE POWER OF THE DOG
Richard Flynn, Robert Mackenzie and Tara Webb

Confession: I always lose in Oscar pools. I have never picked the proper “Sound” winner. And may I say that every tech team deserves to win in this category.

What team will win: West Side Story. It’s a musical and the sound is great.