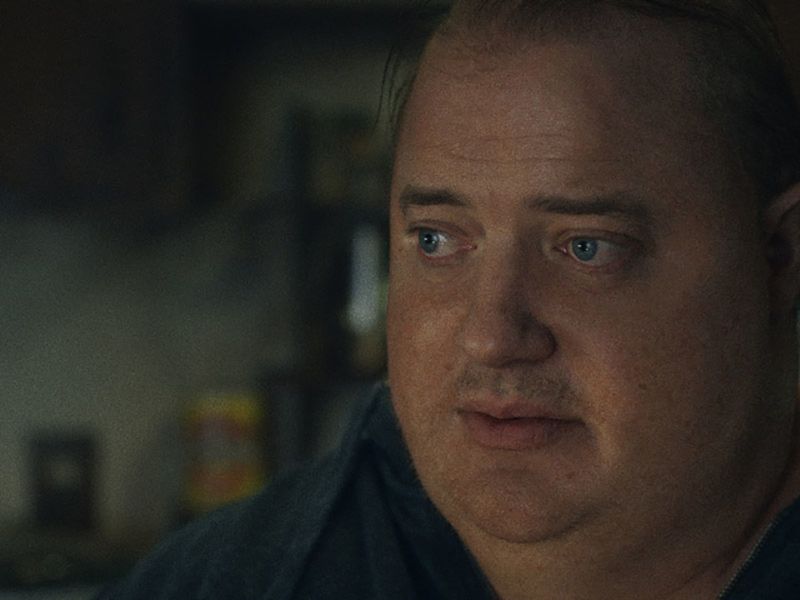 TIFF is back, baby

There were Red Carpets and star sightings. Taylor Swift, Natalie Portman, Jennifer Lawrence, Seth Rogen, Lily James wore their finest and posed pleasantly for cameras. Cameron Bailey, TIFF’s eminently presentable CEO was everywhere, introducing films, hosting receptions, being at parties. And there were many parties, including a few spreader events. Yes, COVID is still around but it wasn’t enough to dampen the spirits of a city and a festival aching to have fun again. The town truly enjoyed the Pedestrian Street the first weekend on King West and the vibes were friendly throughout the fest—with a huge range of public screenings still to come this weekend.

What about the films?

I didn’t see a film that wasn’t at least reasonably good and most were top notch. One will always have complaints, of course. Why didn’t TIFF feature the upcoming Andrew Dominick take on Marilyn Monroe, Blonde, or the Cate Blanchett starrer Tar, in which she plays a composer enmeshed in a scandal? There will always be problems, but TIFF’s programming team has put together a strong selection of films from around the world. And it’s fun to put together a list of festival hits that can be recommended to everyone.

Best Film at the Festival

All the Beauty and the Bloodshed is not only the best documentary at TIFF, but also the best film. Laura Poitras’ profile of controversial, ground-breaking photographer Nan Goldin won at Venice but won’t repeat those accolades here, since it’s unlikely that TIFF’s audiences will agree with its rival festival. But the film is remarkable: political, compelling and emotional. Poitras uses a parallel structure, moving between Goldin’s on-going fight against the drug-manufacturing Sackler family and her history as a brilliant photographer and AIDS activist back in the ‘80s. Her success through P.A.I.N. (Prescription Addiction Intervention Now) in destroying the Sackler name in museums and galleries around the world, where they had sought to create an impeccable reputation though billions in donations, provides a wonderful climax to Goldin’s story, which is one of surviving intense human defeats while making brilliant art throughout her life.

The probable People’s Choice winner? Either The Fabelmans or Empire of Light could garner the prize. Both are high profile films, directed respectively by Steven Spielberg and Sam Mendes, and have received critical and public attention. On the whole, I’m going to predict The Fabelmans as the People’s Choice award winner: it’s funny and warm and intimate yet it still is very much a Spielberg film, with epic, emotional qualities.

Triangle of Sadness, this year’s Palme d’Or winner at Cannes, is a devastating satire that will prove to be controversial when released commercially. Directed by Ruben Ostlund, the Swedish director whose Force Majeure won a Jury Prize at Cannes and The Square, which also garnered the Palme d’Or, he’s clearly one of the hottest filmmakers in Europe. But—fair warning—this is very much a festival film, which will divide viewers.

Triangle is structured in three sections. In the first, we see the phony world of fashion models and their sexist ways of dealing with each other, as we’re introduced to Yaya (Charlbi Dean) and Carl (Harris Dickensen). In the lengthy second part, our models, Yaya and Carl, are trophy members of an expensive cruise, which includes Russian oligarchs and British arms dealers. In the funniest sequence, the alcoholic Marxist ship’s captain, played effortlessly by Woody Harrelson, duels with the capitalist billionaire Russian, each offering the best quotations on why their economic systems are better. Heady stuff—but Ostlund adds a long scene with the obscenely wealthy tourists vomiting their overly rich food. You may find it funny, or you can avert your eyes. In the very strong concluding section, Yaya, Carl, the oligarch and various other survivors of the yacht’s explosion (which ended the second chapter) are on an island. This section has been compared to Lord of the Flies and it is a gripping parable on how one can exercise power in a way that subverts the class system.

Decision to Leave is a gorgeously shot elaborately constructed thriller that bears comparison to Hitchcock’s Vertigo, another moody detective story that is truly about obsessive love. Korean master director Park Chan-wook’s film centres on the brilliant Busan detective Hae-jun (Park Hae-il), whose pleasant life with his wife and amiable fellow inspectors is turned topsy-turvy when he meets the gorgeous Seo-rae (Tang Wei), the Chinese widow of a recently killed Korean. Hae-jin finds himself falling in love with her, ignoring clues that would make her the clear choice as her husband’s murderer. He lets her go, only to be confronted a year later, when she is once again accused of murder—of her new husband. As always, Park Chan-wook has made a beautiful film, one that is crafted to show the impossibility of love.

The Maiden is a startlingly different first Canadian feature. Graham Foy’s film starts off as so many of our dramas do, with people doing ordinary things, while establishing their identities. But unlike so many Canadian films, which seem to have been inspired by our documentary tradition, The Maiden slowly shifts into explorations of the emotional natures of a couple of high school students in Calgary and then into a kind of magical realism. Foy sets much of the film in Calgary’s gorgeous ravine system, which makes a startling contrast to the city’s mundane architectural landscape. When we move into the interior lives of teenage outcast Whitney and grief-stricken Colton (who misses his friend Kyle), the nature of the film becomes more subjective and abstract. The final sequences, when Kyle and Whitney, the two lost teens, meet in a poetic space more in tune with Garcia Marquez’s Macondo than Calgary, are truly remarkable and presage an exciting career for Foy and his partner Daiva Zalnieriniuas.

All the Beauty and the Bloodshed is my choice, of course, but let’s point out a brilliant Canadian entry, Brian D. Johnson’s The Colour of Ink, which is a beautifully made study of Torontonian Jason Logan’s astonishing creations, gorgeous inks made from natural elements—walnuts, leaves, rocks—with absolutely appropriate liquids and solids. His work is appreciated and purchased by artists, writers, calligraphers, tattooists around the world. Johnson travels to Japan, the U.S. and Mexico intent on showing how ink can be the alchemical element in great works worldwide.

Darren Aronofsky is on record as saying he wanted to make The Whale for a decade after he’d seen the Samuel D. Hunter play but he couldn’t figure out who he could cast in the lead. It’s not easy to find the right sort of person to—even with prosthetics—be the 600-pound gay literary professor, Charlie, whose dying thoughts are focused on reconciling with his teenaged daughter. Finally, he found the right one: Brendan Fraser, who is a revelation as a compelling contradiction, an optimist with a death wish. In one interview, Aronofsky refers to Fraser as a gentleman and I think his essential decency shines through this performance, turning Charlie’s life into a tragedy.  Whatever one makes of the film, which is yet another self-indulgent Aronofsky piece about delusional psychology, Brendan Fraser rises above the material and makes this performance his masterpiece.

A tie between Léa Seydoux in One Fine Morning (Un beau matin) and Virginie Efira in Other People’s Children (Les enfants des autres). Too young to be Zoomers but no longer in their 20s, the characters played by Seydoux and Efira are dealing with lives that are no longer filled with boundless possibilities. Both stylish, beautiful women, the two quietly play down to their roles as a single mother and translator (Seydoux) negotiating an affair with a married friend while helping a father with a variation on Alzheimer’s and a teacher (Efira) who wants to become a mother before it’s too late. Efira and Seydoux play their roles with discretion but power; they are strong women who are too proud to accept constricting lives. Avoiding melodramatic “big” scenes, filmmakers Mia Hansen-Love and Rebecca Zlotowski support, respectively, Seydoux and Efira, making them the centre of the narratives in which the decisions they make in their lives are as good as they can possibly be. Both are mature films—starring beautiful mature women.