From the Romantic to the 20th century: Clara Schumann & Arnold Schoenberg 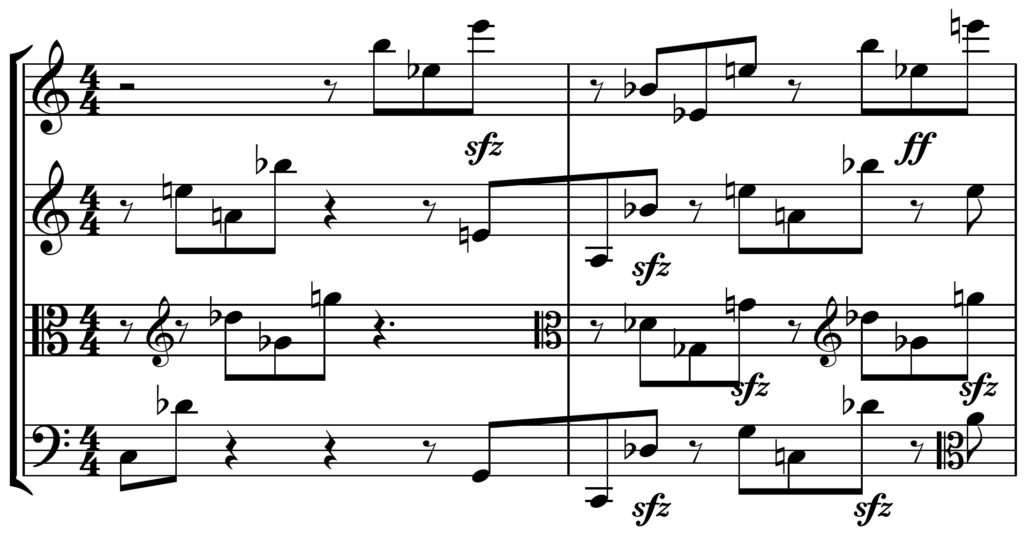 A sample of Schoenberg’s score from his String Quartet No. 1

Clara Schumann was one of the first known women in classical music. She was a child prodigy who impressed the elite of the classical music world, grew up to marry her piano teacher, Robert Schumann, and lead a high-profile career as a performer. Her legacy extends also to composing, and those works are gradually becoming better known today.

Here’s a sample of her piano music, recorded by Jozef De Beenhouwer.

Clara Wieck Schumann was born in Leipzig in 1819 and died in Frankfurt, 1896.

Mention the composer “Schoenberg” and you’ll get a strong reaction from musicians, positive or negative. While his early works were harmonious, they grew increasingly atonal (random-sounding music without a discernible melody) and the rhythm free-flowing and unpredictable (not toe-tappers). His later-known music, without a key to adhere to (like “D Major”) , made for some frustrating rehearsals and uncertainty for audiences unfamiliar with his music.

Schoenberg created a new musical language, serialism, where every note was represented equally, instead of traditional melodies and keys (like “C major” or “F minor”). While there’s no question Schoenberg’s influence, to me, it comes across as a theoretical exercise that appeals to a very niche market.

Pierre Boulez and the Chicago Symphony Orchestra recorded the Variations for Orchestra, Op. 31. Give it a shot and try and imagine how the heck to rehearse this piece, which sounds so random. Intellectually, I appreciate what Schoenberg did. Let me know what you think! [email protected]