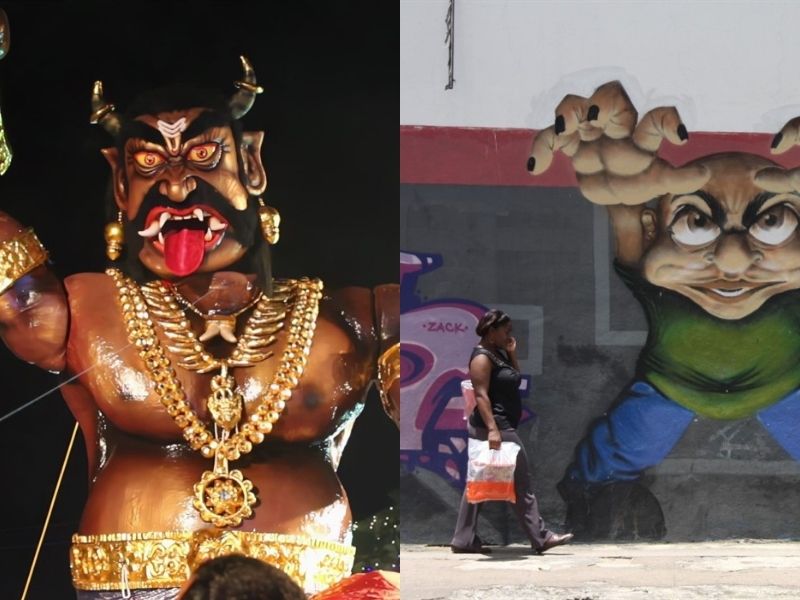 Understanding the World One Great Doc at a Time

As this year’s Hot Docs Festival wraps up this weekend, there’s still time to see many of the great films being screened this year. One of the great things about Hot Docs is its dedication to widening the audience for documentaries with each year’s selections geared towards films with which people can feel a visceral connection. Whether it be the best Canadian films or the finest from Chile, this year’s national focus, or the Changing Face of Europe, or the International Spectrum, or from such artier programmes as Nightvision, Markers and Artscapes, even the most hardened Hollywood film fans should find works of genuine interest to them. You can see this year’s explosive and entertaining docs at theatres in some cases and online, where, let’s face it, most of us spend a lot of time anyway. (Hello, Netflix and Disney Plus and Crave). Check out https://hotdocs.ca/whats-on/ for important details.

There are over 200 films at the festival. Let me tell you about two that I highly recommend.

One of the most beautiful films of this or any year, Skin (Pele) is a city symphony, an evocation of what life is like in Belo Horizonte, the sixth largest municipality in Brazil. Marcos Pimentel’s film uses no narration, so we hear no dialogue at all. For 75 minutes, the audience is liberated from the tyranny of language and linear narratives.

What we get instead is the freedom to see, feel, listen and understand the residents as they go about their daily lives. If that sounds boring, it’s not. In fact, there’s an embarrassment of riches because if there’s one thing Pimentel’s film demonstrates, it’s the innate artistry, enthusiasm and resilience of these citizens. Though much of the film is shot in Belo Horizonte’s poorer areas, what’s conveyed is an optimism towards life shared by those without money—and those few who are well-off.

Skin begins in one of the city’s numerous tunnels, where the walls are covered in graffiti, as people walk by on their way to work, or perhaps not. The dominant visuals in the film are those of Belo Horizonte’s graffiti artists and over 40 are credited in the film’s final sequence. Many of their pieces are absolutely compelling, addressing the street directly with bold graphics and vivid colours. There are singular figures staring at us accusingly, like angry streetwise gods, demanding that something be done about the world. Others are pleased, looking beneficently at the welcoming crowd of city inhabitants. We see duos, too, with their process of negotiation being an object of respect or hilarity, depending upon the people viewing it.

The graffiti, which is omni-present in the film, is influenced by the best graphic art (and its precursor, the comix) one is likely to encounter. We have fish-men, dancers, fantastic young lovers and so many more, all rendered in brilliant colours. Most importantly, we have texts. “In Marx We Trust, In God We Trusted,” followed by “Jesus Loves You,” to “Housing is A Human Right.”

The sound design by Victor Coroa complements Giovanna Pezzo’s cinematography. We hear traffic, rain, babies crying amidst a soundtrack reminiscent of minimalist composers like Glass and Adams. As the audience, we see people performing tai chi, yoga and capoeira on the streets. People walk past their neighbours taking selfies. A photographer persuades women to be shot by him, their bodies alive against a graffiti-ladened wall. It’s never quiet, we discover: there’s industrial sounds, disruptive people, thunder and lighting.

Protest is in the air. The city dwellers are angry at the system. Bolsonaro is attacked, depicted as a clown or worse. Marielle Franco, a black LGBTQ+ politician who opposed Bolsonaro and was assassinated, is evoked half-way through the film, her righteous anger and legacy placing the film in a leftist agenda. We see graffiti: Black Fury, Nappy is Beautiful, Power to Black Women.

If you want to know what life is like in Brazil, look no further. Pele—yes, Skin in English—but Pele is the greatest footballer in the world (arguably)—is a film of poetry, politics and emotion. It’s a film that should be seen.

The recipient of this year’s Outstanding Achievement Award, India’s Anand Patwardhan is no stranger to Canada, where he received his Masters degree at McGill University and co-directed the activist pro-union doc A Time to Rise in 1981. Since his return to India, he has made politically and socially engaged documentaries, espousing the working people, freedom of speech and religious beliefs, secularism, socialism and, in particular, the cause of the Dalits (infamously known in the past as the country’s “Untouchables”), the lowest caste of an ancient hierarchal system, who are practically slaves.

Anand has faced violence—even death threats—for his beliefs and hard-hitting films, including Father, Son and Holy War (1994) and War and Peace (2002), both of which are part of the retrospective of his works at Hot Docs. (Full disclosure: I’ve known Anand for many years through mutual friends in the documentary community.) Showing this afternoon is his latest film, Reason, intended as an eight-part series but being screened here at its full 218-minute length. That’s long, I know, but necessary, so that viewers can understand what’s happened to India in the past eight years since the rise to power of Narendra Modi and his BJP (Bharatiya Janata Party).

Once the great exemplar of democracy in Asia, India is now a place where ethnic and religious divides have ignited into violence all too often. Still a republic, India now supports the bullying Hindu leadership of President Modi, whose BJP has effectively reduced the liberal Congress Party, once led by Nehru and the Gandhi family, to a rubble. How did this take place? What happened to India’s traditional embrace of secularism and humanism? What helped to make the rise of Modi’s party seem inevitable? Modi’s BJP allows its hard-core Hindu “cow lovers” to promulgate hate and fear towards Muslims and has instilled a visceral anger towards Dalits.

Reason is a mystery story with Anand as the detective. It’s the perfect role for a documentarist to play. Let’s start, as Anand does, in 2013, with Narendra Dabholkar, a doctor and social activist, making a speech to a large audience against “blind faith” beliefs. He’s funny and persuasive as he denounces superstition and magic but his larger message in favour of secularism turns out to be controversial. Dabholkar, we quickly discover, was assassinated soon after that speech. Who did it? The police investigate but seem baffled, although everyone suspects fanatical supporters of the BJP, who want a full embrace of Hinduism (Hindutva) to made by thought leaders like the late doctor and brook no opposition.

We move on to Govind Pansare, like Dabholkar, a writer and progressive advocate for change in India. Pansare was a Communist and while it doesn’t appear that Dabholkar embraced that political philosophy, both were secularists, opposed to blind faith, including among the Hindus. Less than two years after Dabholkar’s assassination Pansare was killed in a similar way, by gun-toking killers on motorcycles. For quite a while, his murder was also unsolved.

Like a classic Raymond Chandler figure, though mainly off camera, Anand investigates both killings, questioning the widows, children, supporters and those who were opposed to each man about what happened. Though neither case was cracked by our documentarist—Anand can’t replicate Errol Morris’ legendary triumph in The Thin Blue Line—we delve into the history of Hindu violence in India. The big moment—truly one of the most devastating in world history—was the assassination of Mahatma Gandhi by Nathuram Godse, a Hindu nationalist, who was influenced, though perhaps indirectly, by Vinayak Savarkar. Though Godse was executed for his crime, Savarkar, who had espoused violence as opposed to his rival Gandhi’s internationally famous non-violence and definitely had spoken with the murderer, was acquitted of any crime.

Who was Savarkar? Anand lets us know about his Hindu nationalist convictions and embrace of Hitler, the swastika, and even anti-Semitism during the late 1930s. It’s Savarkar who wrote philosophical papers espousing Hinduism and promulgated violence, particularly against the Muslims. When colonial India was split into Pakistan and India in 1947, Gandhi was accused of being too soft on the Muslims, accepting the partition. Hence, his murder. It took nearly 70 years, but the Hindu Nationalist ideology espoused by Savarkar, in which India would have never been split in two, and Muslims, like Dalits, would be second-class citizens, morphed into the BJP and Modi.

Reason pursues its dual path of imparting historical and contemporary real-life dramas and tragedies throughout the film. There’s a new assassination, this time of M. M. Kalburgi, a scholar who was yet another progressive and also denounced Hindu idolatry. As Anand has structured it, the second half of the film is more about cases of brutality and bigotry since Modi took power.

The film focuses on India’s increasing use of violence against minority groups, mainly the Dalits, and the Muslims since Modi and the BJP took power. We see a terrible case unfold where a Muslim blacksmith was killed and his son extremely damaged for supposedly eating cow to break Eid. In his quietly relentless style, Anand exposes the transparent lies at the root of this canard, but, of course, it’s too late.

A second story, even more awful because the victim was so young, concentrates on the suicide of Rohith Venula, whose funds for attending Hyderabad University were cut off because he was leading democratic protests against the hypocrisy of the Hindu regime. Anand shows that Venula’s death was preventable but, in a final letter, the young man indicates that he no longer wanted to live in the kind of world where such classist, racist rhetoric could dominate the political discourse.

Much of the latter part of the film concentrates on the pack mentality, ignorance and inherent violence shown by the Hindu “cow advocates.” They’re captured in various macho scenes, showing off in almost absurd postures, as Anand’s camera records them. Reason is propelled by these scenes of vicious young men who evoke nightmarish resemblances to the Nazis.

In the compelling final story in the film, the audience is taken back to 2008 and the investigation of bomb attacks in Malegaon. Were they caused by Muslim terrorists, or a secret Hindutva group called Abhinav Bharat? The head of India’s anti-terrorist squad in Mumbai, a truly decent man named Hemant Karkare, suspected the Hindus but he was killed in the horrifyingly violent attacks of November 29, 2008, when over 175 were killed. No one can prove how Karkare died or by whom, but Anand’s film certainly makes a case for fundamentalist Hindus being the killers.

Reason is an impassioned film advocating for democracy, equality and secularism. It’s a masterpiece, expertly employing historical footage, commentary, and contemporary material to expose the roots of the Hindu fundamentalists, who are the prime backers of Modi and the BJP. It is complicated but everyone should see it. Kudos to Anand Patwardhan for taking his life in his hands—and, yes, he has been threatened by Modi advocates including on film—to make a documentary that is of immense value in India and abroad.